The team of Yaguo Medical represents diversified technical expertise, and most members have an academic background at Chinese Academyof Sciences,Tsinghua University, or other higher research institutes. A group of experts entitled to special allowance of the State Council offers counseling to Yaguo Medical. Clinical trial bases have been established by cooperating with a number of Class A tertiary hospitals. In June 2015, due to the intelligent bionic expectoration system, the founder of Yaguo Medical was admitted into the GSP program of Singularity University,USA as the only Chinese member in the list of 80 participants. In November 2015, the founder was invited to Solve for X Asian Conference held by Google X as one of the five speakers, and named Moonshot. He was later successfully admitted by American Association for the Advancement of Science (AAAS). Yaguo Medical was rated as an outstanding enterprise in China Innovation & Entrepreneurship Competition, and won Special Fund for Science & Technology Enterprises granted by Beijing Municipal Science & Technology Commission in 2016. 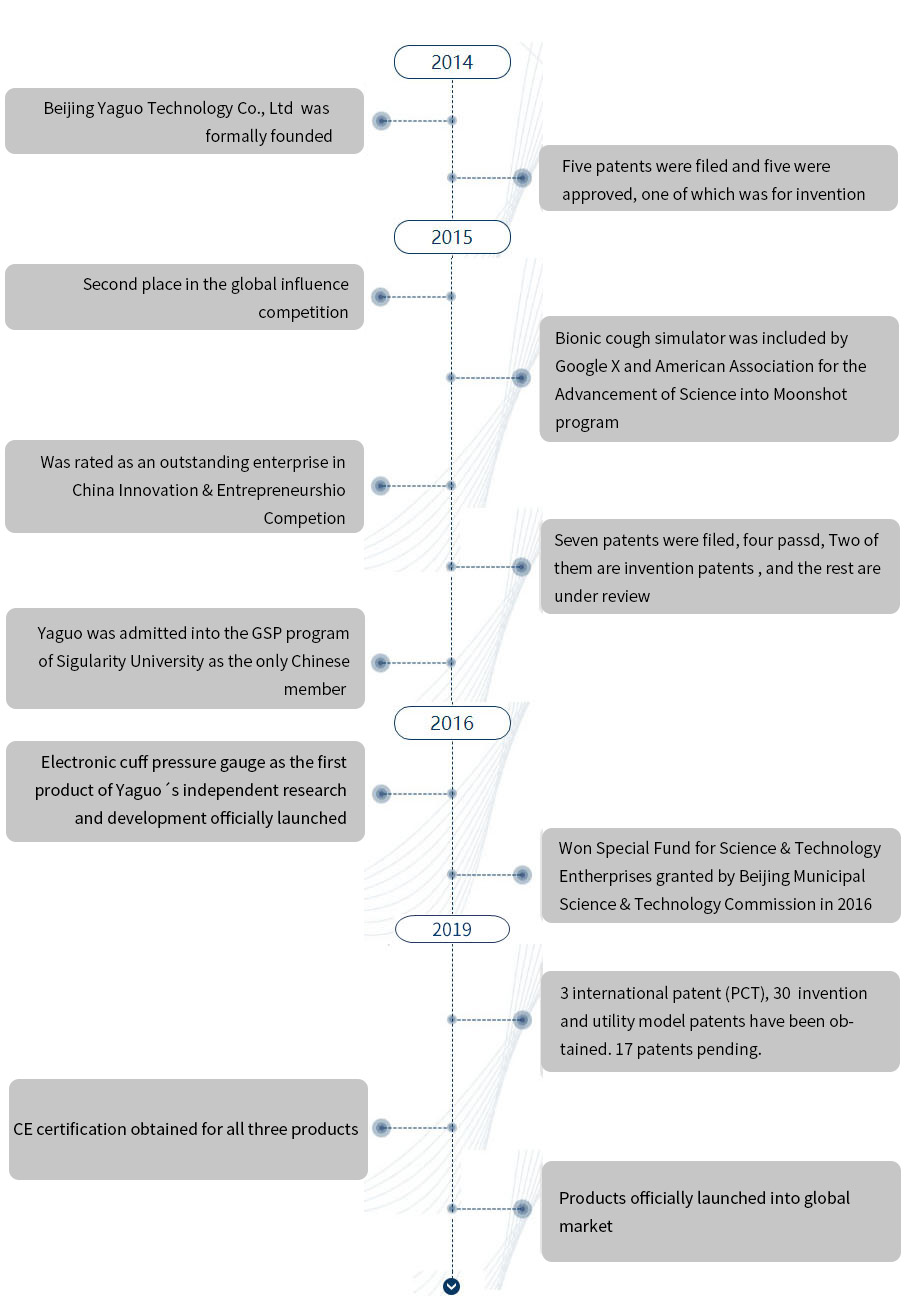